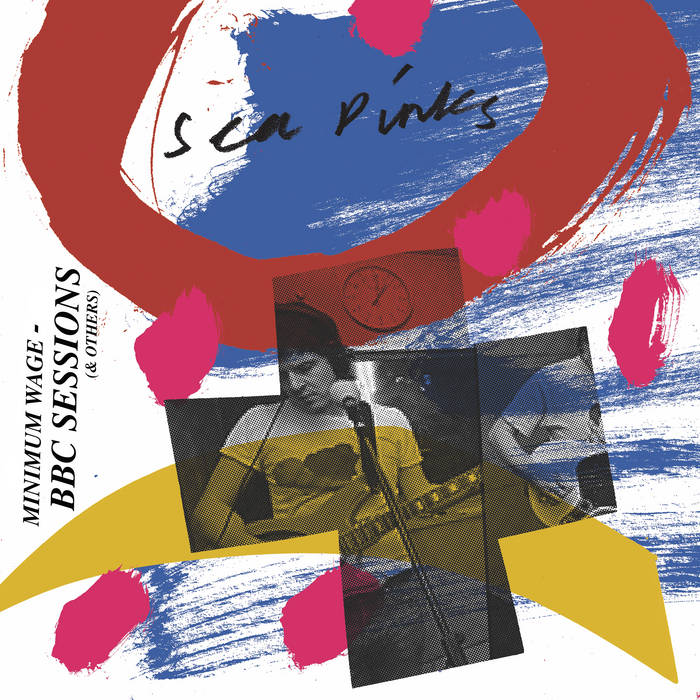 Minimum Wage collects together all eight BBC session tracks recorded by Sea Pinks since 2012 along with three brand new recordings, including the all new title track.

Opener Minimum Wage, recorded at the all analogue Lullabye Factory studio in Amsterdam during a day off from their 2017 European Tour, is three and a half minutes of fuzzed out tour fatigue and exasperation caught in a single take on two inch tape. It’s a much more abrasive sound than those who have only heard Sea Pinks on record will be accustomed to, but it captures the frenetic, borderline aggressive energy of the band at their live best. “I’m sick of complaining” sings Neil Brogan, and he sounds it, the oxymoronic refrain of the verse bleeding into the fuzztoned euphoria of the wordless chorus. It’s a blistering opening to this compilation of sessions, the bulk of which come from the band’s three BBC performances recorded in 2012 and 2016 respectively. Revisiting albums from Dead Seas and Freak Waves to Soft Days and Watercourse the album also features a killer, definitive new version of their debut single Japanese Knotweed. Across its eleven tracks Minimum Wage works both as a companion to the band’s studio output of the last seven years and as a short, sharp, catalogue spanning Iive set in its own right.

"Each release marks a more dynamic step forward for the band, yet one thing remains a constant: a bittersweet approach to pop, and a buoyant, melodic instinct." Clash